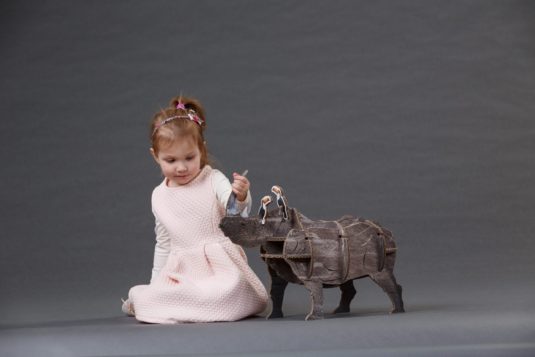 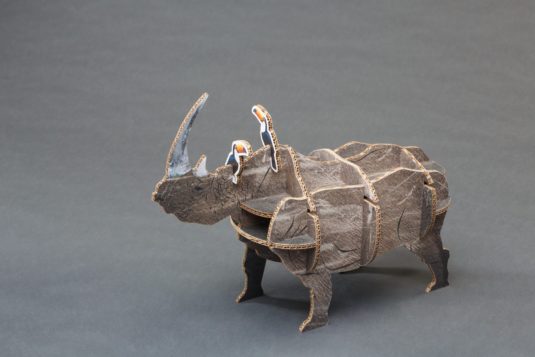 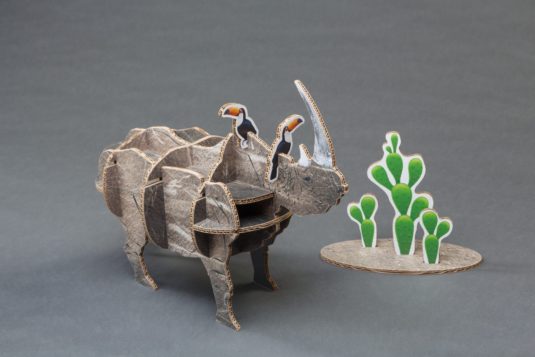 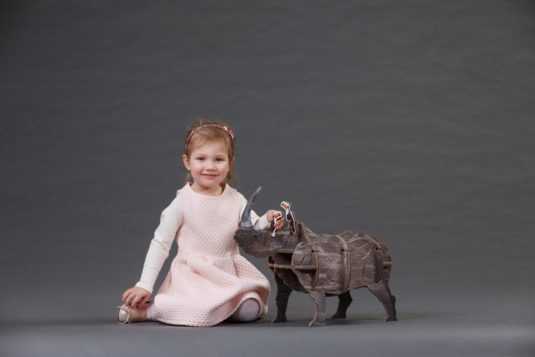 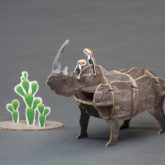 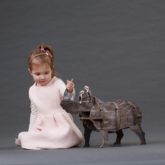 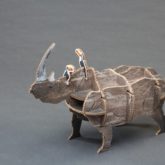 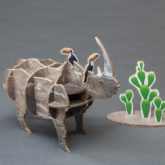 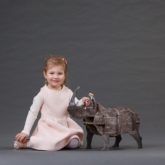 This is the second largest land animal after the elephant. But why is it called ‘rhinoceros’ (from Greek rhino- ‘nose’ and ceros ‘horn’)? This animal indeed has a huge peaked horn on its nose.

Some rhinos are one-horned, while others are two-horned with one horn larger than the other. The horn is not a bone. It is formed of solid, tightly compacted hair. But it is still a dangerous weapon.

Rhinos like getting into the water or swamp or even wallowing in the mud. This helps them stand hot weather.

Strong, thick skin of rhinos is wrinkled. It seems that the rhino has put on its armor like a medieval knight. Birds perching on the rhinoceros’ back can be seen more often than not. Rhinos do not hurt them.

In fact, these birds are their friends: they clean the rhinoceros’ skin from ticks and other insects. Birds also give a warning cry to rhinos in case of danger.

Rhinos have poor eyesight but very good hearing. Their sense of smell is even keener: they smell out a familiar path to the lake or to the place where good grass is growing. And each rhino has its own path beaten.

Rhinoceroses eat grass, leaves and, of course, fruits that fall from trees to the ground.

After eating, rhinos go to sleep. And their sleep is so deep that you can come closer. But if the rhino is woken up, it is better to stay away: rhinos are very hot-tempered and do not like when somebody disturbs their peace.

Rhinos usually live alone. Only white African rhinos graze together in small groups. A baby rhino sucks from its mother for a year after it was born!

There are not many rhinos left on Earth. But they can be seen in some zoos.